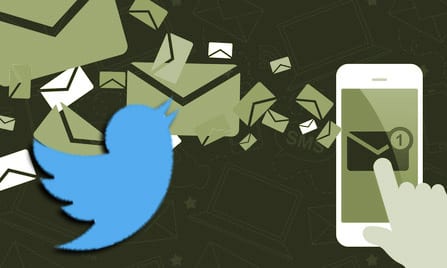 You’ve worked hard growing followers on Twitter, why not turn them into leads so you can work toward sales using automated marketing?  Twitter ads?  Yup.  Don’t count that platform out yet — especially when we have a new American President that loves to tweet, and the platform has 317 million users in 2016.  That bird can still sing. 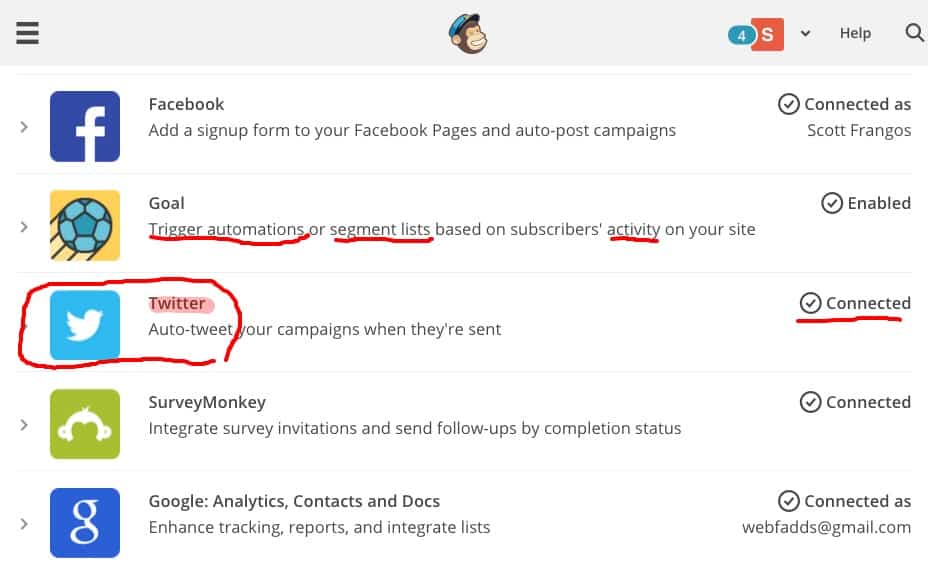 The first step is to turn on integration with Twitter, in MailChimp. This is powerful for leads from Twitter followers and also for a number of other tactics you see in the screenshot above.

TIP:  If you are a Hotel, for your Twitter lead campaign you could select the Twitter followers of a Tourist Bureau in your area and also some local events in order to find a good target audience likely to want to get on your list of reservation specials. 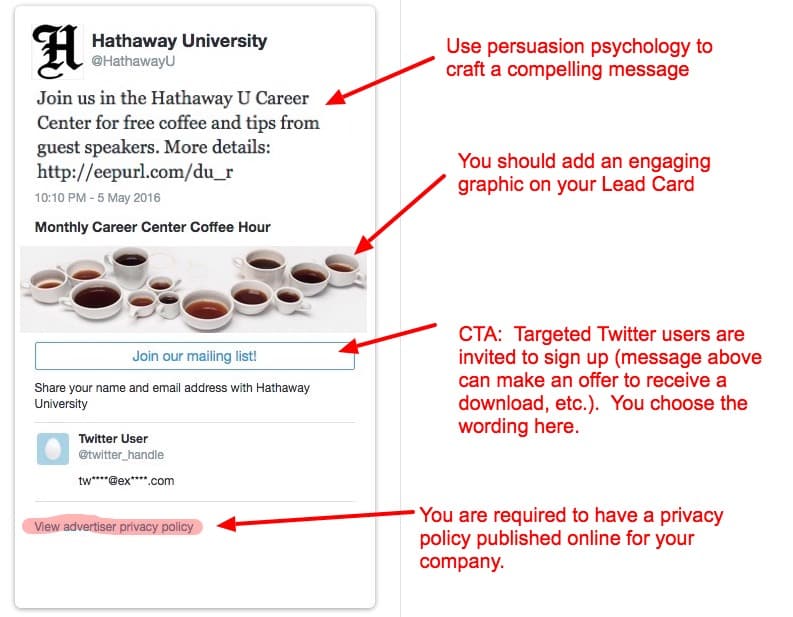 How does it work? It’s a powerful combination of capturing those you’ve already engaged on Twitter with list building and follow-ups from the email provider of your choice.  Pardot, Eloqua, Silverpop, and MailChimp are some popular email automated marketing providers that are already integrated for Twitter lead cards.  Note that Constant Contact is not on the list of current integrations and I mention this because while popular, Constant Contact has fallen behind of late in the features department including smart “triggers” for automated marketing, which is one reason we prefer to work with MailChimp. 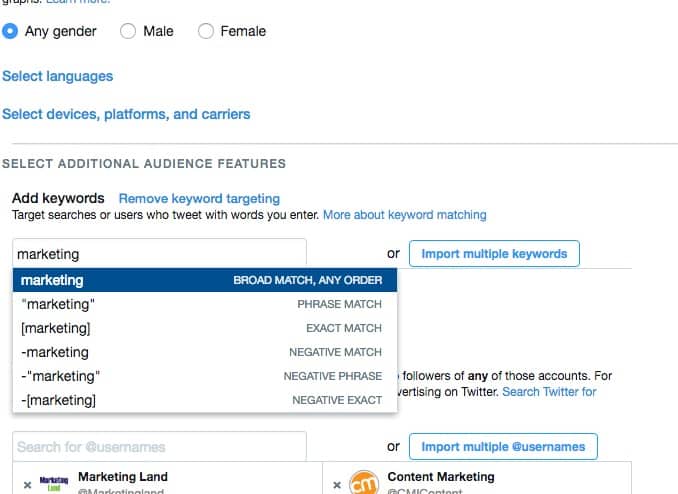 Above are some of the demographic and targeting choices you can make on Twitter, including targeting followers of particular Twitter accounts.

We have primarily focused on ads using Google’s mature platform — Adwords — and the newer Facebook advertising platform which itself has evolved to offer sophisticated marketing options in the last couple of years.  Twitter ads came on more recently, but I think it could be a smart play when you have a good set of engaged followers, and Twitter has recently added the ability to order TV ads from their platform.  It’s a marketing technologist’s dream right now with all the new features and the competition between social venues keeping ad costs low.