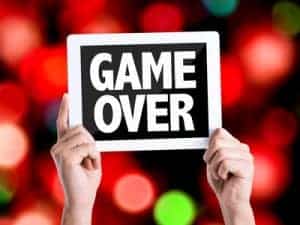 Remember in the iconic Sci-Fi flick, Aliens, when the marine (played by Bill Paxson) said “Game Over”? That’s exactly what happened to Office Depot and Microsoft when they forgot to test.

I’ve got a book coming out about CRO — Conversion Rate Optimization — which involves testing your websites and landing pages as an essential tactic, so I thought I’d tell you a story about two well known brands who failed to test, and lost millions because of it.

It was the year 2000 and the two big brands looked around them and realized things were going to change.  Microsoft realized that software in a box was going to move into the cloud.  Office Depot saw the same writing on the wall and realized that it would mean aisles of software in boxes, representing significant revenue, drying up and vanishing.  What to do?  Bingo.  Start selling software as a service in the stores.  So, they created something called bCentral (yep, the official press release is still out there) — a package of website creation, scheduling, and ecommerce tools — then hired a cadre of sales and ecommerce consultants in 20 different major US cities to sell the services and consult with clients.

How do I know about all this?  I was one of those hired as a bCentral consultant.  And we were treated royally — flown down to Boca Raton, Florida to Office Depot headquarters for a week of classes, cocktail dinners, training and speeches from leaders of both companies.  The CEO of Office Depot met us all personally, and gave a speech.  The companies spent millions just on fixtures. In Portland, Oregon the massive metal display was two stories high and featured an amazing for its time, 40-inch, flat-screen TV monitor (that size flat-screen display cost about $8,000 in those days).  Just to get the display into the store, a truck had to stop traffic in Portland on 6th avenue to unload the metal fixtures.

There were ample content and sales collaterals including videos with professional actors that ran on the large screen display.  Signage and sell sheets were on the built in shelving, and the same information and more interactive demos from the big screen that hung above our heads were running on four flat screen displays plus two more interactive kiosks.  You could walk up to a kiosk and learn more about doing business online, or ask one of the consultants staffing each bCentral area.

After six months, the effort failed.  Here are five reasons for the costly failure, based on what these two industry giants, with their best brains on the project, forgot to test:

Without testing… it’s more likely to be “Game Over.”

Fast forward.  bCentral is a forgotten, retired brand.  The software aisles in Office depot have wound down.  Microsoft has no real play in business SaaS solutions.  Could it have been different?  Would this project have been a long-term success with more testing?  I’m not entirely sure because it was probably a vision a few years ahead of its time.  But I know that with the right series of iterative testing we would have been able to convert more qualified visitors to leads and customers, right away.

This experience and others from the trenches formed the motivation for me to write, The Marketer’s Concise Guide to CRO.